They barely remember the world without Internet, swear by the cell phone and share their lives on the networks, without concession. Including a panel of young people born between 1991 and 2000, Generation Z already represents a new pool of consumers to exploit for brands. Who are they ?

They take pictures of what they eat, share their emotions and ideas on the networks, are passionate about streaming music and exchange an astronomical amount of content. If these behaviors patterns also characterize Generation Y, they appear to have persisted sustainably in the young Generation Z, especially because they did not know the world that preceded the disruption of the World Wide Web. In 2016, Spotify conducted a study in collaboration with Kantar Media across four European markets (UK, France, Germany, and Spain) in order to better understand this generation. Here are a few backdrops on which advertisers are already starting to capitalize.

The consumers of Generation Z are:

They are passionate about music streaming

63% of this generation believe that music is an important part of their lives. In addition, 50% of young respondents (across all countries studied) stream music: a much higher percentage than all other age categories.

If we study their behavior on Spotify, we note that these young people quite spontaneously turn to playlists of festivals and parties and that they are followers of musical discoveries playlists (like the Discoveries of the week on the platform). Finally, they listen to more music via their cell phone and video game console, and prefer their own playlists to those offered by Spotify's editorial team.

Many of the Spotify users of this generation choose to listen to the free version of the platform, which is funded by advertising, a golden opportunity for brands!

Interesting characteristics: they are 26% more likely to use their cell phone to search for information compared to other Internet users belonging to Generation Z, and 28% more able to buy products via their cell phone. Finally, they are also more likely to share content on social networks, comment or post their opinion on online products.

For brands seeking to target the mobile influencers of Generation Z, surfing the economy of free and betting on streaming platforms may be a good starting point! 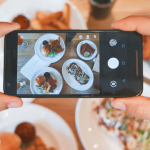 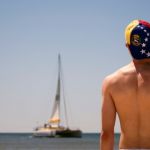