The CEOs of the Valley are still under the huge blow of Trump using their tools to impose his ideas. Next step? Switch to counterattack. Interview with Loïc Le Meur.

Almost all Silicon Valley bosses had pledged in favor of Hillary Clinton. Not only has Donald Trump prevailed, but he owes much of his victory to the use of tools created by the giants of the Net. How did they handle it?

The tools created by Mark Zuckerberg or Jack Dorsey have clearly turned against them. This was a total surprise. The way Trump used them was really new and unexpected. He is a master in the use of Twitter: he understood, among other things, how to generate media coverage.

Would Trump have manage to troll the Silicon Valley?

It is even worse than that. Not only did he use our tools, but he also used our methods. Silicon's start-up method is to go for it and manage problems afterwards. Speed and efficiency are paramount. With Trump, we're in the middle of it: he's getting into the subjects that will reach as many people as possible, he sees how they react, and he adapts. It is a start-up that is unfortunately programmed for bad values.

You did not feel the movement in favor of Trump?

I have had a personal experience on this subject. When Trump released his measures against immigration, I wrote an article: "I stand against Trump and we all should". I posted it on Medium and Facebook and I had only very positive feedback. When I published it on LinkedIn, I received over 600 messages, insults of violence that I had never seen in fifteen years of practice. Basically, they all said, "Go home, you steal the jobs of the Americans. One of them was: "Go home and get crushed by a lorry driven by a refugee..." I answered in a very calm manner. I thanked everyone for their feedback, explained that I had paid thousands of dollars in taxes in their country, created hundreds of jobs, and that I sincerely believed that my economic contribution was positive. Above all, I engaged the discussion, although with some it was almost impossible. I had never met any Trump fans. On Facebook, we are in a silo, each camp discusses with itself. On LinkedIn, I'm completely out of this bubble. It was extremely interesting. I lived it as a chance, an awareness.

By promoting the increase of wealth for some, does Silicon Valley participates in fueling and digging breaking points? Are they aware of this?

I think so. These bosses who are among the most powerful in the world are very aware of what they have done, they are also aware that they have not seen anything coming. They are all in shock. This question of silos in particular seems to them very dangerous: if each one locks in his way of thinking it can not encourage the dialogue. It is a topic that is fueling a lot of discussion. Reid Hoffman, for example, co-founder of LinkedIn, has invested heavily in the Democrats campaign. Like all the others, until the last moment, he was convinced that victory was assured. He stopped everything to devote himself to these subjects. There is a real rebellion that is being organized, they are wondering what to do.

When you talk about rebellion, what do you mean?

It is a fight of titans that is organizing. I went to several afternoons or reflective dinners where the 200 most influential people in Silicon Valley meet. I could not believe who was gathered around the table. It is very impressive. It really is a campaign atmosphere. The first field of action will be a legal battle. They have the capacity to mobilize a lot of resources on this point to block certain initiatives. They have already started, as we have seen on anti-immigration measures. The second field will undoubtedly play on their power of influence. They want to take the floor, probably through awareness campaigns to explain to US citizens that immigrants do not take their jobs, that they are an extraordinary opportunity, that they create value. If we look at the scientific community, all sectors combined, less than 10% of them are American-born. For the big bosses of the Silicon, the observation is the same. We did not take the time to show them that. We are thinking about the creation of events, all over the United States, to get away from the vacuum that our tools have created.

There is also a pragmatism in business, important economic interests. Do you think this movement will last?

The people we talk about, and I know them, support open values that are fundamentally opposed to those defended by Trump, and they are really militant on these issues. Marc Benioff, the boss of Salesforce is very involved in the defense of the LGBT cause; Mark Zuckerberg wants to give the African continent the possibility of receiving the Internet, obviously it does so for economic reasons, but it is also by conviction; Jack Dorsey is perfectly aware that Twitter has allowed freedom of expression all over the world that has no equivalent …

Almost all Hollywood stars like Silicon Valley did not succeed in electing Hillary Clinton. Does this put into question their real power of influence?

We have been drunk with our own certainties. We behaved as sermonisers, pretending that we were going to change the world. We just forgot to take 50% of the people with us. This time we received a lesson, and perhaps the world needed this lesson, perhaps there are too many powers in the hands of these people. Anyway, it's smart not to speak up right away. It's not by making videos that gain the likes of people who already like us that we're going to get there. It did not work. It will not work today. There are deep break points around employment issues, and we have to come up with solutions. Basically, the Silicon must recreate the link. In the same way, I believe that France is drunk at this moment. All the bosses I met, the CEOs of the CAC 40 and the bosses of start-ups think that what happened in the United States can not happen in France. I find the same blindness that we have experienced.

You launch leade.rs, a platform that presents the brightest technology entrepreneurs. In this context, do you take a stand?

I have not yet found the solution. Will I remain neutral? I do not think so. Leade.rs will be a community that will defend the idea of an open world that wants to look to the future. There is a whole generation of social entrepreneurs who offer solutions, and they do it without any economic interest. I will tremendously support this kind of initiative.

This article was published in the journal 10 of L’ADN: Power and counter-powers / Influence games. Order here.

Leade.rs, the conference of Loïc Le Meur will take place on 11 and 12 April in Paris. More informations here. 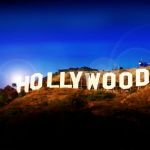