Techstars, the prestigious start-up accelerator, is installing today in Paris, within the Partech Shaker, the start-up campus created by the investment fund Partech Ventures.

France is 'the next big thing' said John Chambers, CEO of the US company Cisco. And for good reason: for 3 to 4 years, there are more and more young startups. Young graduates report a real enthusiasm for entrepreneurship. "Today, one-third of the real brain boxes schools are heading to startups, rather than consulting firm or investment banking. An increase in the amount of startup that goes hand in hand with their quality, "says Romain Lavault, General Partner Partech Ventures."In 2016, France is the country that has financed the most startups in Europe, representing more than a dozen startups financed per day. It passed England. " Born in 1982 in Silicon Valley, Partech Ventures is an investor specializing in digital and new technologies. In 2014, it created the Partech Shaker, to support the development of the French tech ecosystem: a workplace and a space for exchanges between professionals on the subject of digital transformation and growth through collaboration. In 2016, the Partech Shaker launches the Europe Made Easy program, designed to facilitate the establishment in France of foreign technology companies wishing to develop their business in France and / or Europe. Since then, English Made.com or American Etsy have added to the list of residents, which has about 20 startups such as Dropbox, Hired, Kantox, Influans, and Pinterest.

"Our goal is to find outstanding teams, to discover new talents. We have this DNA shared with Techstars. "Said Romain Lavault, who announces today the arrival of the American accelerator Techstars, in Paris, at the Partech Shaker, in partnership with Air Liquide, Groupama, Française des Jeux, Renault Group and Total. Techstars today reported 27 accelerators in the US, Europe and Africa.

Techstars is a global ecosystem that allows innovative entrepreneurs to access markets where they choose to settle. With dozens of acceleration and accompanying programs and hundreds of Startup Program events around the world, Techstars' mission is to support the most promising entrepreneurs throughout their journey, from inspiration to introduction stock Exchange. Techstars provides access to hundreds of ecosystem leaders, founders, mentors, investors and corporate partners, enabling entrepreneurs to accelerate the cycle of innovation and Make More, Faster (Do More Faster ™).

"Our relationship with Partech, which was already frequenting our programs and often invested in our startups, was decisive in setting up this new location. We share with Partech a very international DNA, an interest in accompanying exceptional entrepreneurs very early, but also the need to build an ecosystem of startups, entrepreneurs, mentors and large prestigious groups to accompany them. " "Says Bertier Luyt, Managing Director, Techstars Paris. "We share with Techstars our passion for accompanying the most ambitious entrepreneurs, from the beginning to their transformation. That's what we've been doing for the past three years, accompanying incredible adventures from the very first financing rounds such as Alan's new generation insurance, ApolloShield's anti-drone system, the blockchain revolution for country banking Emergencies with Atlas.money, autonomous vehicle control with Bestmile, e-commerce delivery in 10 minutes with Flirtey drones, Push Doctor tele-medicine, virtual reality with Resolution Games ... or SeaBubble river taxis "Explains Romain Lavault, General Partner at Partech Ventures.

At the Partech Shaker, Techstars is expanding its 13-week acceleration program with its powerful teams, as well as the most prestigious mentors including William Shu, founder of Deliveroo, Mike Hudack, Product Manager at Facebook and Nuno Simaria, CTO at Hellofresh ...

More than 1000 international startups have already benefited from this unique and highly selective mentoring program. Indeed, less than 1% of submitted files are accepted. The winning startups were able to measure the results of this support, since they have already raised more than $ 3 billion at the end of the program. The value of the Techstars Accelerator portfolio is $ 7.8 billion.

The first promotion of Techstars Paris will take place at the Partech Skaker in September 2017. Selections are now open on the Techstars website for startups who wish to join the program. In addition to the thousand spontaneous applications expected in Paris, it will build on Startup Weekends, which have already attracted nearly 210,000 entrepreneurs in 135 countries and on the network of 27 Techstars accelerators on both sides of the Atlantic. 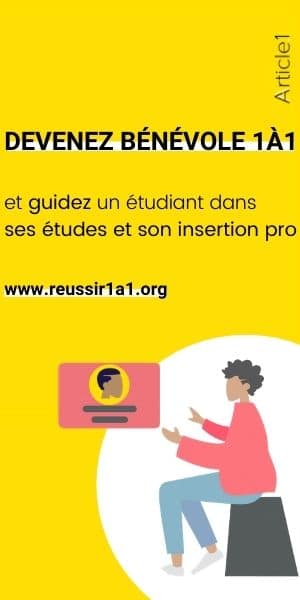